The Corrections by Jonathan Franzen 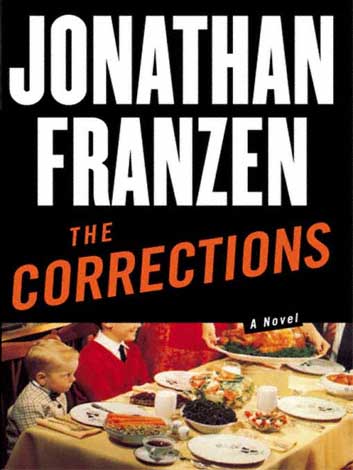 
The Corrections is the first book that I've read by Jonathan Franzen and it might be the last. I received this book on Paperbackswap.com because his newest book Freedom had been getting a lot of press, but I'm 900th in line to get that book and I wanted to at least get a taste of his writing style.

This book follows a family of characters, a mother and father, and their three grown children on their quest for ... something ... happiness, perhaps, or at least peace with themselves and one another. The entire time I was reading this book it felt like background that all came before the story - but unfortunately, it WAS the story.

Franzen alternates his chapters between a narrative of the different lives of his characters and although I found some interesting (Chip and Denise), others (Enid and Gary) were just infuriating. I thought at times the behavior of the characters was unrealistic. Gary for example exhibited no redeeming qualities and in one of the more upsetting passages of the book nearly refused to help his aging parents install a shower stool and rod so his father could properly bathe. Upon reflection, it was probably Franzen's intention that the reader be astonished at Gary's behavior, but to me it made Gary's character feel flat, predictable and one-dimensional.

One of the problems I had with this book was the writing style. The novel takes place in various locations, but all of the characters either currently live or grew up in the Midwest. As a product of of a Midwestern childhood, I thought Franzen's language and word-choice was often overblown and instead of giving a note of realism to his novel, it instead pushed the reader further away.

Finally, the book merely ended. Many of the characters experienced no growth what-so-ever at the end of the novel and presumably just continued their sorry, joyless lives.

I gave this book a B because Franzen really does have descriptive talent. His ability to describe the anger, frustration and despair of his characters is astounding and it is that talent that has obviously launched him into the sphere of Great American Writers. I suppose that it is not his fault that I couldn't relate to the characters in his novel. After all, my book list would be incredibly short (and boring) if all authors wrote about people like me. Maybe I'll get up the courage to read Freedom but I can't promise that it is going to happen anytime soon.

Email ThisBlogThis!Share to TwitterShare to FacebookShare to Pinterest
Labels: B, Fiction, Jonathan Franzen